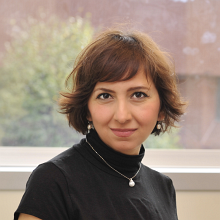 Tinoosh Mohsenin is an Associate Professor in the Department of Computer Science and Electrical Engineering at UMBC and Director of the Energy Efficient High Performance Computing Lab. Prof. Mohsenin’s research focus is on designing low power processors for high computational machine learning and knowledge extraction techniques used in wearables, Interment of Things and Autonomous systems. She has over 100 peer-reviewed journal and conference publications and is the recipient of NSF CAREER award in 2017, the best paper award in the ACM Great Lakes VLSI conference 2016, and the best paper honorable award in the IEEE Circuits and Systems Symposium 2017 for developing processors in biomedical and deep learning. She has previously served as Associate Editor in IEEE Transactions on Circuits and Systems-I (TCAS-I) and IEEE Transactions on Biomedical Circuits and Systems (TBioCAS). She is the General Chair of 30th ACM GLSVLSI conference in 2020 and was the Program Chair and Local Arrangement Chair for the 29th ACM GLSVLSI and 50th IEEE ISCAS conferences, in 2019 and 2017 respectively.

Micro AI: When Intelligence Moves to the Low Power Sensors

Artificial intelligence is being used in a variety of edge-computing devices such as biomedical sensors, wearables and autonomous systems. Processing these sensor-level machine learning tasks come at the cost of high computational complexity and memory storage which is overwhelming for these light weight and battery constrained devices. Equally important is the need for designing smarter AI systems that can reason over in the face of a highly variable and unpredictable world. This talk overviews some research solutions that enable performing data analytics from variety of multimodal sensors in real time while consuming low power. I will also talk about adding reasoning in these systems to improve acting and learning performance. Combining these solutions will bring exciting opportunities for future micro AI processors. 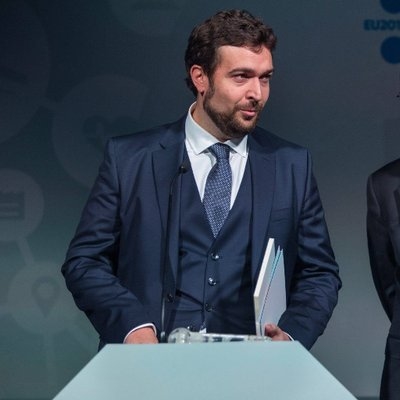 Space Systems Engineer, Alessandro Golkar is Associate Professor at the Skolkovo Institute of Science and Technology (Skoltech), an international research university in Moscow, Russia, founded in 2011 in collaboration with the Massachusetts Institute of Technology (MIT). From April 2017-2019, Alessandro Golkar was on leave from Skoltech as Vice President Concurrent Engineering, part of the Leadership Team of Technology Planning and Roadmapping at the Airbus Corporate Technology Office (CTO) in Toulouse, France. His research looks at new ways for looking at complex systems architecting problems, understanding the evolution of technology, and developing research and demonstrators of novel space mission concepts and spacecraft payload systems.

He pursued his Ph.D. in Aeronautics and Astronautics at the Massachusetts Institute of Technology (MIT), and Master’s and Bachelor’s degrees in aerospace engineering at Università di Roma “La Sapienza”.

Skolkovo Institute of Science and Technology, Russia
Outdated or incorrect contact information? Please contact us with the correct information.

The space community has been envisioning for a long time the concept of the space internetworking, or in other words, the ability of connecting spacecraft in orbit in a hypothetical “Space Internet” as we would do with computers and servers on Earth. It is without doubt that advanced networking architectures are emerging in space system operations.

Startup companies proposing advanced concepts such as in-space cloud constellations and in-space blockchains have already emerged in the space innovation ecosystem. In this talk I will try to analyze how much of the activity in space internetworking is hype, and how much of it has higher likelihood to success.

More specifically, in this talk I will survey the state of the art in the topic of Federated Satellite Systems and its relevance to the idea of space internetworking. I will discuss the concept of federating spacecraft in orbit and Earth orbiting support systems (essentially, cloud computing in space). I will discuss the opportunities enabled by this revolutionary architecture concept. I will then overview the technological challenges involved and the possibilities enabled by emerging technologies such as optical communication systems for in-space networks.

Technological challenges include the realization and operations of network topologies that have never been operated in space, and the challenges entailed in operating heterogeneous spacecraft in different orbits. Chiefly among them, the coordination and scheduling of complex intersatellite link schemes, and dealing with RF interference, Doppler shifts and other technical issues involved.

I will then draw a balance of advantages and challenges of a federated approach to space internetworking, and let the audience evaluate on “whether the game is worth the candle”. 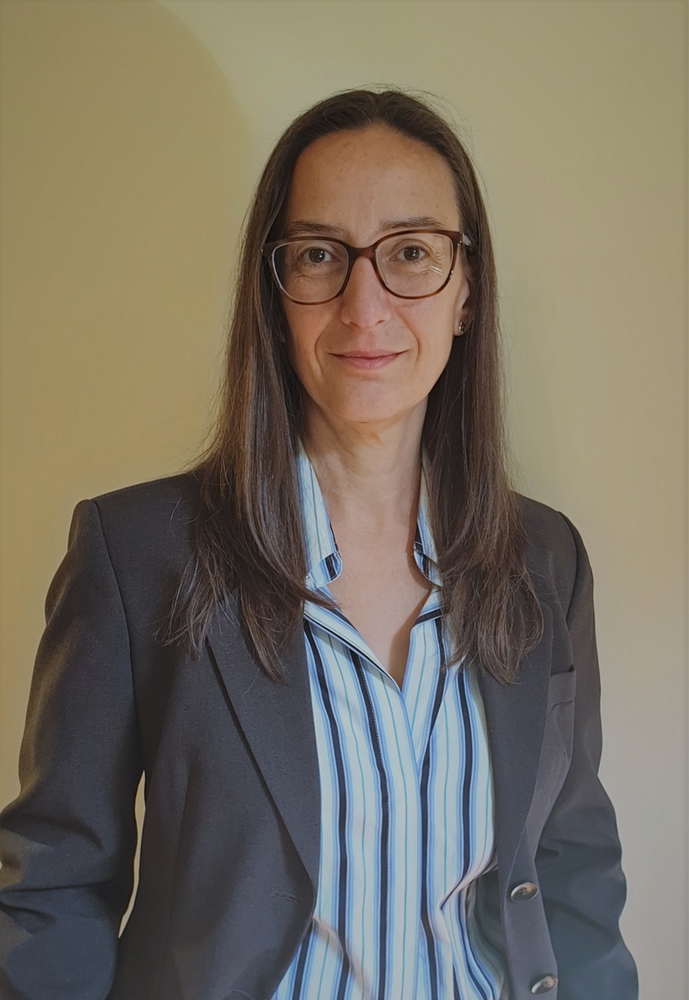 Sara Pellegrini is Advanced Photonics Pixel Architect at the Imaging sub-group within ST’s Analog, MEMS and Sensors Group and has held this position since December 2017.

Pellegrini joined ST as Characterization and Modelling Engineer in 2006 and has progressed to the role of Session Manager and later to Pixel Architect. In her current role, she leads the advanced photonics sensor technology development, working in close collaboration with the silicon, process, module, and system R&amp;Dteams to define and develop ST’s imaging photonics pixel roadmap and specification. Pellegrini also works with external collaborators on several R&D projects within ST’s Imaging PhD Programme.

Pellegrini holds several patents and authored and presented papers on SPAD (Single-Photon Avalanche Diode) and SPAD-based systems and applications. Sara Pellegrini was born in Bergamo, Italy, in 1972. She graduated with a degree in Electronic Engineering from the Politecnico di Milano in 1999 and received her PhD in Physics from Heriot-Watt University in 2006.

From Image Sensors to Sensor Fusion: Technologies and Applications

With the pervasion of mobile consumer products requiring an ever increasing number of components and capabilities and advances in Artificial Intelligence, there is a growing need for image sensors with more features, higher performance and lower power consumption. Furthermore, these imagers have to be integrated along with other sensors via complex system integration.

STMicroelectronics photonics sensors are addressing these challenges with dedicated technology developments and continuous R&D activities.  With a common CMOS manufacturing platform across a wide range of sensors, including MEMS-based motion and environmental sensors and ranging Time-of-Flight devices, and the addition of a strong microprocessors IP portfolio we have created a full ecosystem that can improve human-machine interaction with optimised sensor fusion.